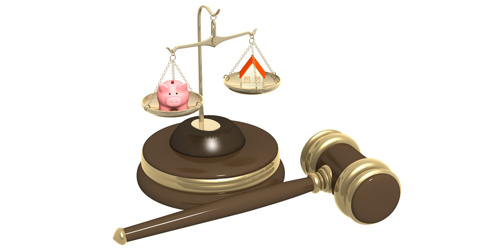 When going through a divorce, there are many contentious issues that you must resolve before getting a final divorce decree. One such subject is the division of marital assets and debts. If you and your spouse can’t settle yourselves, a judge will divide your properties based on property division laws.

Like most aspects of the law, every state in the US has rules guiding property division. Therefore, depending on where you live, the court can divide your property under one of two schemes: community property or equitable distribution.

It’s essential to learn the difference between both kinds of property division, especially if you’re going through a divorce. It’s also a good idea to consult divorce attorneys in West Chester, PA. Taking both actions will enable you to understand how a court will likely divide your property.

In community property states, there’s an assumption that both spouses equally own all assets and income acquired during the marriage, called marital property. Equal ownership also applies to debts. In other words, even if one spouse is employed or one spouse acquires debt, both parties are responsible for all earnings.

Under community property law, all marital assets and debts are divided equally, in an absolute 50-50 split. The exception to marital properties are those gotten before the marriage, called separate property. Separate property may also include gifts and inheritances to one spouse. However, each state has its definition of marital and separate properties spelled out in the law.

All the other states, including Pennsylvania, adhere to equitable distribution law, making it the most commonly used form of property division. Under this law, all assets, income, and debts accumulated during a marriage are split equitably and fairly, but not necessarily equally. In other words, equitable distribution is a division based on fairness to all parties.

In Equitable distribution states, there are no set rules as to who receives what or how much. Instead, the court considers a variety of factors to determine what is equitable and fair. Some of these factors include:

The court may award both spouses with percentages of the total monetary value of all properties after a careful evaluation of these factors. Therefore, one party might get one-third or two-thirds of the entire marital property.

However, equitable distribution laws can be very complicated. For instance, putting a monetary value to a stay-at-home parent’s loss of income or career opportunity can be challenging. It’s therefore advisable to consult divorce attorneys in West Chester PA, before estimating how a court will divide your property.

The difference between community property and equitable distribution is that one involves an absolute equal split while the other achieves a fair division. However, it doesn’t matter your preference, as state laws will determine who gets what assets or debts.

If you’d like to understand how Pennsylvania’s law affects your divorce settlement, schedule a consultation with divorce attorneys in West Chester, PA.